The organization Americans Against The Next War (AANW) has announced a public “Rally for Peace” on Friday August 28 from 6:30 to 8 p.m.  The rally will take place at the State Capitol South Steps Plaza in Oklahoma City. The event is being held in support of the “Iran & P5+1 Nuclear Agreement.”

“Our purpose is to show support for the Iran agreement with the five permanent members of the U.N. Security Council, and Germany,” said Hal Spake, member of AANW. “Those nations are China, France, Russia, United Kingdom, and the USA, plus Germany.”

Spake is a former US diplomat with 22 years of Foreign Service in nine nations.

“The entire United Nations Security Council voted unanimously on July 20th to support the agreement,” Spake added. “The agreement drastically reduces all of Iran’s nuclear programs, particularly Iran’s capacity to produce material that could be used in a nuclear weapon.”

From 6:30 to 7 p.m., the rally will be launched with live music by Nashville folksinger Dana Cooper, recipient of the 2015 International Folk Alliance Award. Cooper has performed on Austin City Limits, Mountain Stage and at the Kerrville Folk Festival.

From 7 to 8 p.m., prominent Oklahomans will speak in favor of the Iran agreement, which Congress is slated to approve or disapprove by a vote in September.

Also speaking will be the Reverends Mark Davies and Christine Byrd, President of the Oklahoma City UN Association Priya Desai, and former candidate for US Senate Matt Silverstein. Light refreshments will be provided.

Peace House director, Nathaniel Batchelder said that the agreement ushers in a new era of better relations with Iran and the world.

“Verification of the terms of the agreement is being carried out or managed by inspectors from the IAEA, the International Atomic Energy Agency of the United Nations,” Batchelder added.

“Congress must now vote on whether to support this agreement or revert to no agreement, and to confrontation, as most likely to ensure peaceful relations between Iran and the world,” Batchelder said.

AANW is a coalition of central Oklahoma organizations and individuals working for diplomatic and nonmilitary solutions to world situations where US interests are at stake. Other organizational members include the Center for Conscience in Action and Voices of Oklahoma.

For more information call Batchelder at 405-824-2794 or visit http://www.facebook.com/AmericansAgainstTheNextWar

AANW’s largest billboard action to date features 26 billboards on major highways across the state of Oklahoma. The billboards goal is to show support for the Iran Nuclear Agreement and urge citizens to lobby federal legislators to vote to affirm the deal.

AANW is also hosting a rally in support the Iran Nuclear Agreement on on Friday, August 28, on the State Capitol, South Plaza. All who share our interest in averting war are welcome. There will be plenty of cold water and ice-cream bars for the first 500 people in attendance. 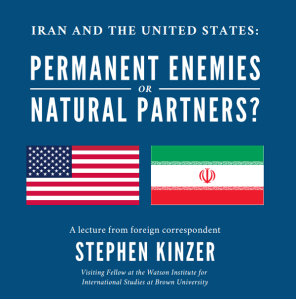 STEPHEN KINZER is an award-winning foreign correspondent who has covered more than 50 countries on five continents for the New York Times and many other journals. His articles and books have inspired the Washington Post to call him “among the best in popular foreign policy storytelling.”

Through the cooperation of AANW and local educational institutions, there are several events throughout the central Oklahoma area. Events are free and open to the public.

Medea Benjamin, co-founder of Code Pink and the international human rights organization Global Exchange, will be in Central Oklahoma for four speaking engagements on September 11 and 12. The author of eight books on her 30 years work for social justice in Central America, Africa, the Middle East, Israel/Palestine, women’s issues, torture, and drones, Medea has been described by the Los Angeles Times as “one of the high profile leaders of the peace movement” she was one of 1,000 women from 140 countries nominated to receive the Nobel Peace Prize on behalf of the millions of women who do essential global peace work.

AANW is a coalition of local organizations and citizens seeking just and peaceful solutions to global disagreements and conflicts, making arrangements with local universities to share Medea’s message to their students for a rounded discussion on world events. 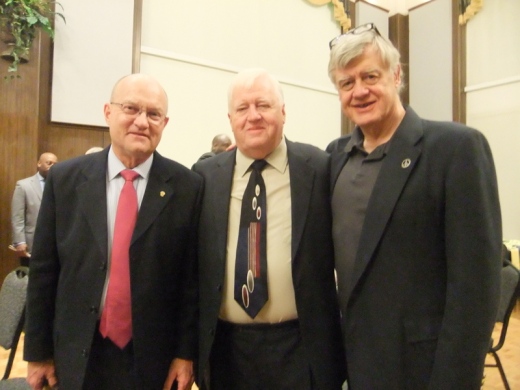 On Feb. 5, he was the guest of the University of Central Oklahoma, and his speech at the Nigh University Center, attended by over 100 students and local residents, was entitled “We Need Not be Enemies: Iran the the U.S. in the 21st Century.”

The talk was followed by a lively question and answer period. The talk was filmed by UCO and is provided here courtesy on the school’s Youtube channel.

On Wednesday, Feb. 6 Col. Wilkerson joined members of Americans Against the Next War for a morning press conference at the Oklahoma State Capitol, emceed by AANW’s Nathaniel Batchelder of the Oklahoma City Peace House. His remarks about U. S. foreign policy in the Middle East and around the world serve as a call for a new perspective by Americans, whose spirits and coffers are drained by more than 10 years of ceaseless war. A different future is possible, if we heed that call.

The following photo montage and audio recording of the press conference was produced by AANW member Rena Guay, Executive Director of the Oklahoma Center for Conscience and Peace Research.

At noon on Wednesday, he made visit to the OU campus for a lunchtime discussion with students, and locals yet more of his experience on the world scene and hard-earned wisdom of politics and diplomacy. That event was sponsored by the College of International Studies and the OU Iranian Studied Program.

Col. Wilkerson jokingly remarked during his visit that Oklahomans sure know how to get their money’s worth out of a speaker. But throughout the visit to our area, the Colonel was forthcoming — seeming to be more than happy to tell his story and share his opinions. Those of us who attended any of his events learned a good deal, and were heartened that his strong voice calling for peace and mutual cooperation, instead of war and threats, was so widely available to us.

Col. Wilkerson is part of The Iran Project, and invites those interested to use the reports and other resources on the project’s web site.